Whilst the immoral cartoonists attempt to malign the Prophet of Islām by attributing to him the evils of the Khārijite terrorists, Muslim scholars have long debated whether the Khārijites are misguided Muslims who ought to be fought and killed (despite their Islām) in accordance with the Prophetic command to do so or whether they are non-Muslims, apostates from Islām. 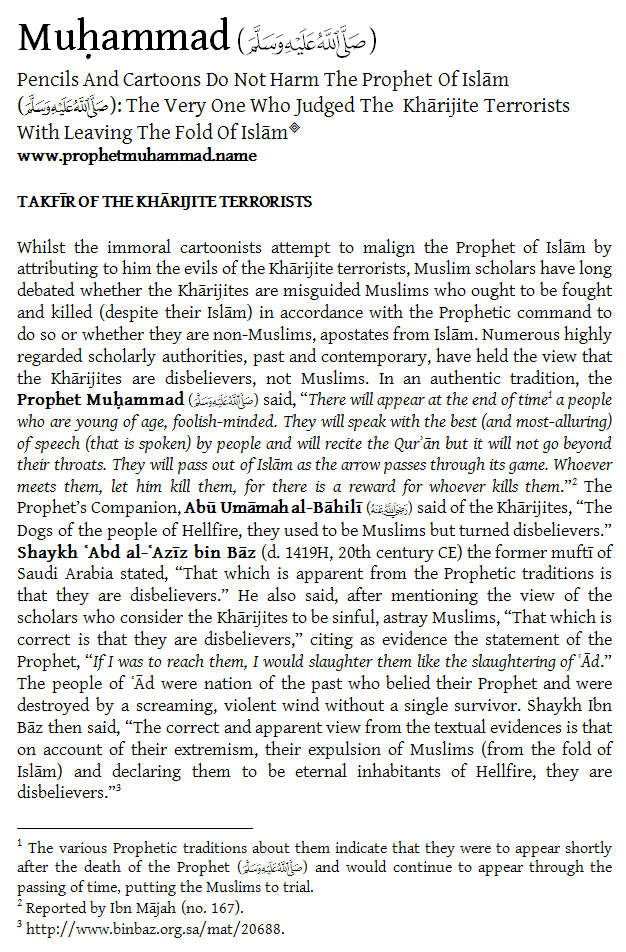